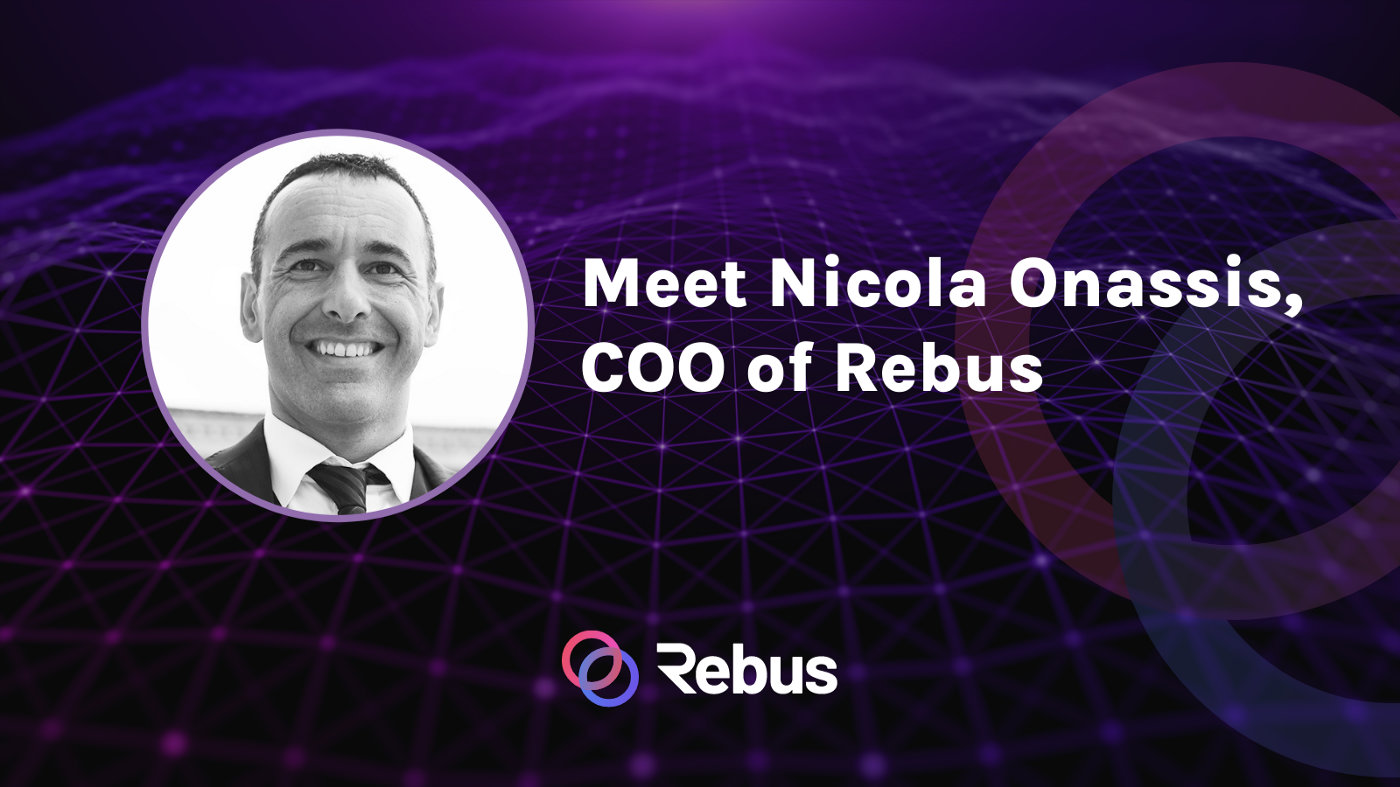 In this interview we are speaking with Nicola Onassis who co-founded Rebus with long-time business partner and associate, Pier Stabilini. With Pier as CTO, Nicola took the role of COO for Rebus, steering the organization toward their goal of integrating DeFi investments into Traditional Finance (TradFi). Today, we’ll ask him about his background, what led to the creation of Rebus, and his vision of the future.

Q1: Please tell us a bit about yourself and your background.

I’ve been in technology since the late 90’s. I’ve seen and helped build a lot of technologies commonly used today, such as “Crowdstrike, Tenable Healthsnap and many more”. My main focus has been in the healthcare, security, and financial sectors, although I also worked extensively in the formative days of social media.

My main focus from a technical point of view is privacy. So, I focus on building software that takes that to the next level. This is something I truly believe in because while good security keeps a business safe, it’s privacy that protects individuals like you, me, everyone.

Q2: What was your inspiration for Rebus?

I did not come up with the concept for Rebus. That was actually Paolo Baroni’s idea. With Paolo and Pier, we developed it into what it is today. My focus on Rebus goes back to privacy and how blockchain technology can help improve it alongside ethical projects. That’s mostly because those are things I care about and they go beyond the normal blockchain development scope.

Q3: What got you into the crypto-sphere, and why are you still here?

Having had a lot of experience with banking and security software, I know a lot of its pitfalls. I’ve never been a big fan of the current financial and privacy systems we currently live in. I feel it has become weaker as the years go by, and it doesn’t make any sense considering all the technology that we have built and can build. Today we depend on the control of a few, and you could wake up tomorrow with a completely wiped out bank account without having any control over it. Your info is mistreated all over the place, but most people don’t realize that beyond major headlines.

Long story short, when I first heard about Bitcoin, I was working on a game project that needed its own in-game currency. I was intrigued by what they were trying to do with Bitcoin because it was solving our needs at a high level. That project never happened and so I came back to Bitcoin in 2012 where I bought my first litecoins. Not knowing anything about blockchain back then, I’ve since lost access to them because, once again, I was trusting a centralized exchange to take care of my investment and today, it’s gone. Since 2016, I’ve been investing and learning more about crypto, and since 2017 I’ve been involved in many crypto projects. When Paolo and Pier brought the idea of Rebus to me, everything just clicked.

Q4: What is the hardest part about being COO of an innovative project such as Rebus?

Writing! I’ve never written so much in my life, but I’ve actually started enjoying it. Overall, to me, this is a fun project, maybe even a passion project. So, I can’t really say it’s hard. I just do what I’ve known and loved to do for a long time.

Q5: Where do you see Rebus going in the next three years?

I’m convinced that Rebus will be well off in a few years from now since it’s a sound concept to allow TradFi investment to flow over to DeFi. That said, I’m more excited about the difference we’ll make with our ethical projects, and I hope by then we’ll be able to solve at least one of the following problems:

I hope we can continue to grow as a contributor to solving or at least greatly reducing these issues for a diverse set of communities out there. So often, we take our essentials for granted, but they present a perpetual problem to people in many places.